Narrowboat Smoke Detectors: Why You Need At Least One Fitted In Your Boat 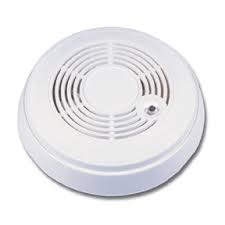 It’s just as important to have a fire safety system in place on a narrowboat as it is in your home, and a fire detector can mean the difference between life and death if an accident does happen. Those in charge of a narrowboat are encouraged to regularly maintain their fire safety systems to ensure that they are offering the utmost protection. It can be all too easy to underestimate the importance of fire safety on a boat, but many fatalities have resulted by not having the right infrastructure in place. Even though they do tend to be fewer fires on water than on land, this does not mean that you do not need a smoke detector on your boat.

What makes on-boat smoke alarms even more important is the fact that it can take firefighters longer to arrive at the scene. This is largely due to the fact that boats tend to be located in remote or rural areas, giving the fire more time to spread and destroy everything in sight. If those on a boat are made aware of a fire as soon as it starts to burn, they may be able to put it out themselves with an extinguisher or will at least have more time to escape the boat if this is not an option. Those residing or staying on a narrowboat are urged to constantly be aware of their geographical location so that fire rescue teams can reach them if a fire does strike.

It’s important to devise a fire safety plan as soon as you get on board, and ensure that everyone staying on the boat is aware of the steps that they should take if a fire does occur. Smoke alarms need to be tested at least once a month, and the batteries should never be removed unless they have stopped working. Many people do have a tendency to ‘borrow’ batteries from items such as fire alarms before forgetting to replace them when they have finished with them – with obvious risks being involved. Cooking should never be left unattended when on a boat, and it’s also advised that alcohol is consumed responsibly to reduce the chances of accidents occurring.

Put a Procedure in Place with Hard Wired Smoke Alarms

Smoke detectors do not need to be expensive, but the difference that they can make is worth its weight in gold. You can never have too many smoke alarms, and if your narrowboat is particularly large, it may be an idea to install two or three detectors. Some people even choose to install detectors inside bedrooms too to ensure that deep sleepers can be alerted to a fire alarm. A fire can change, destroy or even end lives within minutes, and it’s not just the obvious dangers of the flames that you need to worry about, but the poisonous components of a fire such as carbon monoxide too. Whether it’s hard wired mains smoke detectors or wireless smoke alarms you’re looking for, never let your narrowboat be without a robust fire safety system.

Life After Lockdown And Why Social Distancing Can Be Fun