Did you know that there is no formal requirement for narrowboat helmsman training before you take either your own boat or one from a hire company out on England's inland waterways? Did you know that this boat sometimes stretches seventy feet in front of you, weighs twenty tonnes and has to be steered with a horizontal metal pole?

The good news is that, even if you don't want to invest a few pounds in formal training, there is plenty of information on the internet designed to keep you safe. In addition to my unique inland waterways helmsman training and experience day service, I blog regularly about living afloat and boating on England's canals and rivers. I've linked to a few narrowboat helmsman training tips below. 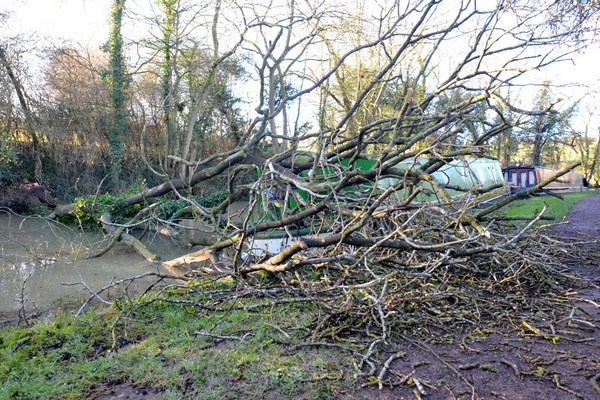 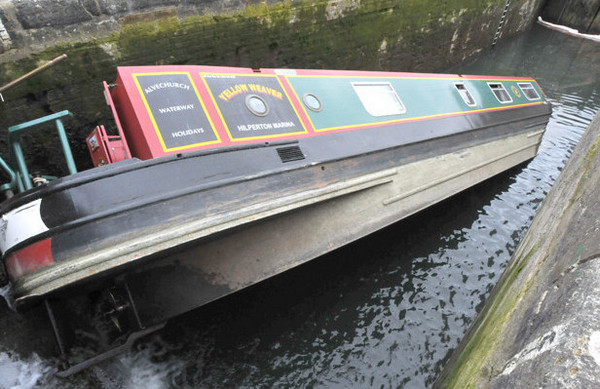 Sally and I have been on a rare shopping spree. Neither of our mobile phones were very well. My phone, Sally’s cast off iPhone which END_OF_DOCUMENT_TOKEN_TO_BE_REPLACED

My discovery day cruises are always fascinating. The route from Napton to Braunston junction snakes through beautiful Warwickshire countryside passing under fifteen bridges, some wide, END_OF_DOCUMENT_TOKEN_TO_BE_REPLACED

I fired my new Kipor generator up for the first time on Sunday evening. I have to admit that the 35kg dead weight now the END_OF_DOCUMENT_TOKEN_TO_BE_REPLACED

I have a habit of upsetting people. I don’t mean to, but I’ve done it again. Last week I made a comment about two men END_OF_DOCUMENT_TOKEN_TO_BE_REPLACED 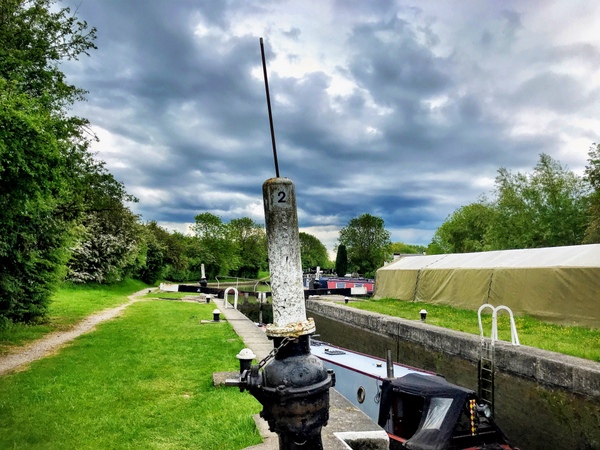 I’m afraid that there isn’t a huge amount in the newsletter this week. I’m sorry, but I’ve been busy on two different areas of the END_OF_DOCUMENT_TOKEN_TO_BE_REPLACED

Following constant requests by my blog subscribers and Narrowbudget Gold purchasers in 2014, I created a unique and bespoke narrowboat helmsman training and experience day. Guests join me on board my narrowboat, a 62' traditional style Steve Hudson craft with a vintage two cylinder engine. my guests steer my boat on a twelve mile, six lock cruise through beautiful rural Warwickshire.

We discuss all aspects of life on board a narrowboat throughout our time together, including design options, essential off grid equipment and the highs and lows of life on England's inland waterways. My customers tell me that the training and information they get on the day gives them the confidence to buy and handle their own narrowboats. You can find out more about my helmsman training and experience days by clicking the link below.

Read More About My Helmsman Training and Experience Day Service

Why Helmsman Training Is So Important To YOU 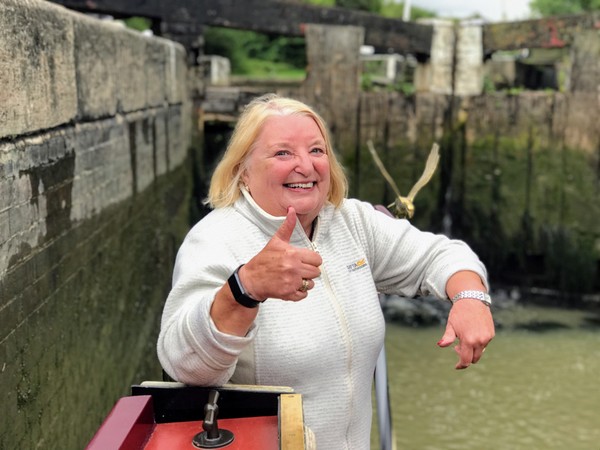 You might be at the beginning of your narrowboat adventure at the bottom of a steep learning curve. The good news is that you have internet connectivity and a little time to browse through countless articles, blog posts and forum threads on thousands of websites waxing lyrical about England's inland waterways and the gaily painted narrowboats which bump and grind their way along them.

The bad news is that you have to separate the wheat from the chaff. And there's a great deal of chaff, both on the internet and the towpath. How do you know the good from the bad. You don't unless you have a little experience or unless you ask for advice from a reputable source.

There are dozens of adverts for narrowboat helmsman training online and in all of the popular narrowboat magazines. Most of them offer RYA Helmsman courses. These courses are offered by professional instructors who are able to offer a wealth of boat handling experience. These courses are a far better bet than listening to advice freely given by well meaning towpath talkers. You also need to be careful when looking to fellow boaters. Some may also be novice boaters, the two weeks a year share owners or recent purchasers still trying our their sea legs.

Let me give you an example.

I work at Calcutt Boats. The long established business has two marinas with berths for two hundred and fifty boats and a wharf area reserved for boat sales. Boat buyers are often offered a free short term marina mooring to use before they set off on their grand adventures.

Two boat buyers moored next to each other earlier in the year. Both lovely blokes, and both clueless boating virgins despite weeks or months of dilligent online research. They bonded as they climbed the learning curve together, slowly familiarising themselves with bewildering new boating equipment.

After a couple of weeks one announced his departure gate and admitted that he was more than a little apprehensive about tackling his first lock flight single handed. The other's offer of help was gratefully accepted. On a sunny autumn day they bounced and scraped their way through Calcutt's marina entrance onto Calcutt Bottom lock landing ready for their three lock ascent.

I was working close to the third lock, Calcutt Top when I overheard them. Bearing in mind that neither had had any form of helmsman training, I shouldn't have been surprised. The conversation went something like this...

Boat owner, standing nervously on his traditional stern clutching his stern mooring line and wondering what to do with it. "OK, I'm ready. You can let the water in."

New friend, arm bulging with manly muscle, clutching a windlass like a gladiatorail weapon. "I'm going to let it in quickly so you float up quicker!"

That was mistake number one. If he'd taken a boat handling course he would have done quite the reverse. Rapidly opening a lock paddle can, at best, result in lost paint and ornaments, crockery and glasses shaken free of shelves. Mistake number two followed immediately.

Boat owner, jumping off his boat onto the lock side as the turbulent water forced his bow hard into the lock's concrete wall. "Can you give me a hand? I can't hold the boat still!"

New friend, leaping to the rescue. He jumped five feet from the mossy lock side onto the boat's wet gunnel, grabbed the centre line and then leaped back, narrowly avoiding plummeting into the lock. "You can't hold your boat properly with the stern line. Use the centre line instead. And, if the rope's burning your fingers, wrap it a couple of times around your waist!

The friend started off by offering good boat handling advice. You can't control your boat with either the bow or stern mooring lines. They're for mooring, nothing more. The boat handling ropes, or ropes, there's sometimes one running back to the stern on either side of the boat from a central fixing, are the only way you can control a narrowboat on your own. A narrowboat pivots on its centre, so if you try to pull the boat in using either the bow ir the stern lines, the other end shoots in to the canal centre.

His centre line advice was good, but his suggestion for anchoring the rope was dangerous in the extreme. A sixty foot narrowboat can weigh twenty tonnes and may have two hundred square feet of cabin side to act as a sail. If a sudden gust hits the boat, any man tied to it, no matter how big or strong, is going to quickly follow it. In this case into ten feet of turbulent water with a concrete wall on one side and twenty tonnes of steel on the other.

Both of these guys were sober and reasonably intelligent, but serious injury was just one slip away. Locks offer you countless opportunities to damage your boat, you or one of your crew.

You can save a few pounds and teach yourself a handful of bad habits which will dog you throughout your boating career or you can make a wise investment in a helmsman training course and learn how to do the right thing.

You don't have to book a helmsman training course to learn a few basic tips and tricks. I've written about some really useful techniques in an email series. They'll help you build a solid foundation for all of your future cruises. They're a distillation of some of the most important boat handling techniques I've learned over the last ten years including mooring, rope handling and knots and how to avoid incidents with novice hire boat crews. Just add your name and email address below to begin your education today.