JetMeg1 – the beginning of a new life. 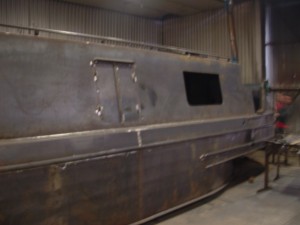 In the Steel yard 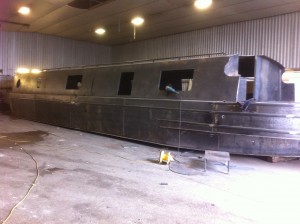 I was reading a blog about a couple who had sold their house & bought a liveaboard, following the husband’s brush with cancer. I could have written it myself!

In February 2011, Chris had (we were told later) 48 hours before a tumour on his spine severed his spinal chord, which would have led to his demise. It seemed so unfair; after fighting rheumatoid arthritis for a number of years, he was finally in remission – only to be hit by the big C. It’s true what everyone says. Surviving something like this is a life changing experience. We were living in a lovely country cottage.. but on the top of the Pennines.. & it was built over 4 floors. Too much for Chris. When we bought the house in 1993 we had a choice between that & a narrowboat. So we just reverted to Plan B.

After 2 years of angst selling the house, our boat – JetMeg1 (named after our 2 late border collies) – is currently in the build stage & hopefully we will be able to move onto her early December. She is 58′ x 13′, & you can see the hull in the attached photo. We are living in a caravan at the moment & can’t wait to start our new life.

We looked at used boats & decided that, as this was going to be our home, we wanted our own build. We visited a few boat builders & Burscough Boats offered us what we wanted. “It’s your boat – you tell us what you want”!
So here’s the technical bit:
JetMeg1 will have hydraulic steering,  provision for tiller;  bow & stern bow thrusters; the jury is still out on whether we have Vetus 65 or Barrus Shire 70 . .. the latter has more torque at tickover, but the Vetus would use slightly more revs (better for the engine); both engines have ample power for the boat when on rivers. She will have a 3KW Victron inverter, 4 1×35 amp leisure batteries, 1 starter battery & bow thruster batteries. Pump out toilet, 1 bedroom, Morrso Squirrel stove, & Webatso diesel heating; Kingspan insulation, Dog Box & she will be  reverse layout.

Also still under consideration is Sonos wireless stereo system & Gomax satellite system. If anyone has experience of these, we would be very interested in your comments. After reading other boater’s blogs on here, we have plumped for 3MiFi.. & in the caravan it is currently working brilliantly, where TMobile & o2 dongles were useless.

Initially we will moor at Scarisbrick Marina, & intend from Spring 2014 to cruise wherever we fancy, whilst we can, & when we want. We are open to advice, help, support & more importantly – making new friends……… 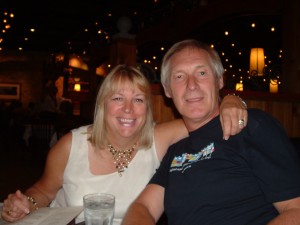 Well, we finally made it! Almost ….