We are a friendly, family run Marina and have a large selection of new & used Narrowboats for you to view on site.

Whether you’re a first time buyer or a seasoned sailor we may just have the right boat for you……Come and visit us to have a look!

Set among 44 acres of rolling Warwickshire countryside, Brinklow Marina offers a modern fully serviced mooring in a prime canal location. Relax and enjoy the carefully landscaped grounds in harmony with the stunning views, or cruise off and take advantage of the leafy North/South corridor that is the Oxford Canal. 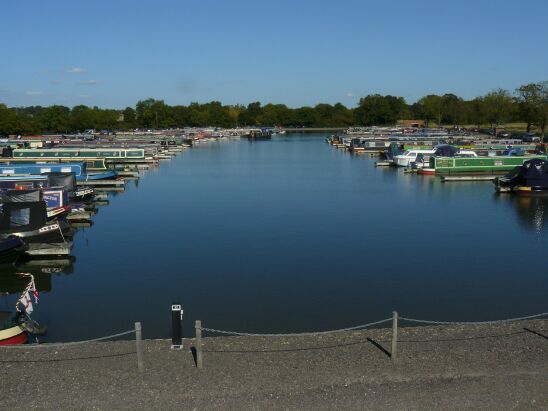 The moorings at Lime Farm have been created with their surroundings being as untouched as possible to keep the natural habitats, flora and fauna intact. Access to your boat is via raised walkways which allow vegetation to grow beneath, whilst providing a safe haven for wildlife at the waters edge. So if rural scenery along with the odd bit of dirt and leaves are your taste instead of concrete and kerb stones, our moorings may be for you. Water points are available to all moorings; elsan and pump out facilities have now been installed. Car parking is near to moorings as well as the usual boat yard facilities. 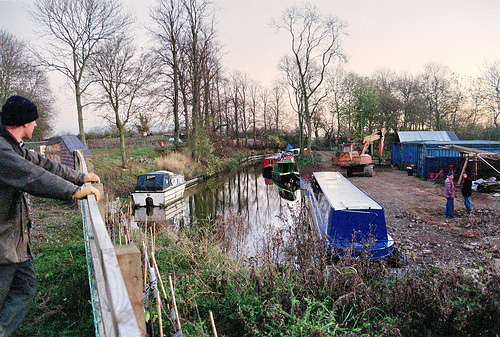 Braunston Marina is ideally located for the canal enthusiast. It lies at the crossroads of the Grand Union and Oxford canals, and indeed of the whole waterways. The opportunities for exploration are near limitless.

The Marina itself is easily located by road lying beside the A45 between Daventry and Rugby. It is only 20 minutes from junction 16 on the M1, under an hour from Birmingham, and two hours from London.

Braunston Marina is steeped in history. It was originally developed at the turn of the 19th century as the waterways depot at the northern end of what was then called the Grand Junction Canal where it joined up with the Oxford Canal. Several original buildings from the Georgian and early Victorian periods are still in their intended use. The Marina’s entrance is dominated by the very fine Horsley Iron Works cast iron bridge dating from 1834, erected by Thomas Telford.

Today Braunston Marina is a major centre for leisure craft and narrowboats , with modern mooring facilities for 250 boats. a large, busy brokerage selling all types of new and used steel narrowboats. We have dry and wet docks, craneage pad and a service area capable of most repairs.

A number of other boat businesses operate within the marina. We even have a small touring caravan site.

Our event highlight is our annual Historic Boat Rally, held at the end of June, with upwards of 80 old working boats joining the grand parade, many of which are on the national Historic Boat Register. Other attractions include side shows, live music, Morris dancing, trade exhibitors and craft displays, beer tent and even tunnel legging. A great week-end or day out for the whole family.

We at Braunston Marina are committed to providing the finest boating facilities and services available on the waterways to ensure Braunston is THE place for people to enjoy their boating activities. 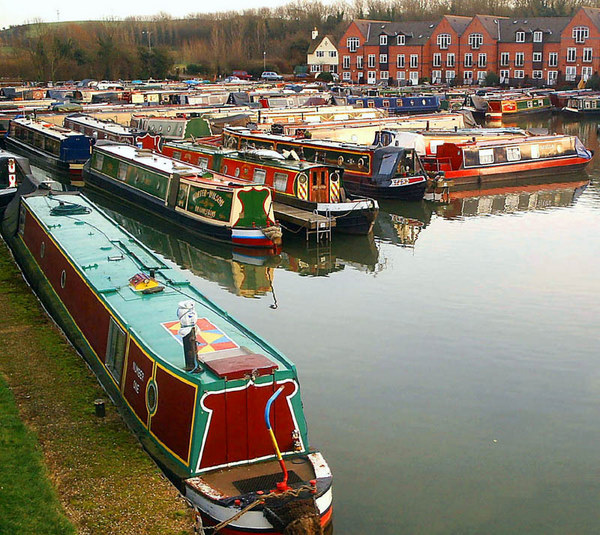 Barby Moorings on the Oxford canal is 2 miles from Hillmorton locks and just 5 miles from Braunston Junction.
Two types of premium mooring each fully serviced with electrical power, water, wired internet and digital ready TV aerial socket.
Unique bankside moorings with private leisure plots are offered as an alternative to pontoon moorings.
Although not open until autumn 2010, you can register your interest now by using the contact page.

Update: The marina is now scheduled to open spring 2011. You can see up to date photographs of the marina development here

Wigrams Turn Marina, at the junction of the Grand Union and Oxford Canals, was built and completed three years ago and can accomodate 220 narrowboats.Wigrams Turn is probably the best mooring site in the country. At a canal junction choices abound going North, South, East or West. The marina is within 20 minutes drive of the M40, M42, M1 and M6. 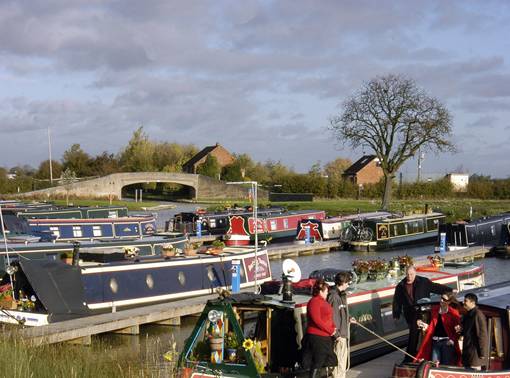