Droitwich Spa Marina will comprise of 238 moorings for various narrowboats up to 70ft length.

Droitwich Spa Marina is on the Droitwich Junction Canal which together with the Barge Canal is being restored at the cost of ?12.5m (funded by the Heritage Lottery Fund and Advantage West Midlands). These two canals will re-open as Droitwich Barge Canal, a short 21 mile cruising circle (the only one in Europe!), connecting the Worcester-Birmingham Canal to the River Severn via Droitwich Spa and the River Salwarpe. The new route passes through the picturesque town of Droitwich Spa with many shops, pubs and cafes. But will also encompass the historical Catherdal City of Worcester with the premiership league Worcester Rugby Club at Sixways, Worcester Cathedral, Royal Worcester Porclain, Worcester County Cricket Club and Worcester Racecourse.

Droitwich Spa Marina is in an excellent location, not only to the Midland canal network, but it is just 2 miles from Junction 5 of the M5 motorway. Once moored you are just a 15 minute stroll along the towpath to Droitwich Spa Town or 200 metres from the Eagle and Sun Pub overlooking the Worcester-Birmingham Canal.

It is hoped construction of this marina will commence in February 2011. As well as protecting the existing wildlife, when completed new habitats will also be created. The surrounds of the marina will be enhanced with sympathetic landscaping. Numerous different species of aquatic plants will be planted around the waters edge, which is also expected to help create a tranquil setting for the enjoyment of boaters at this new marina. 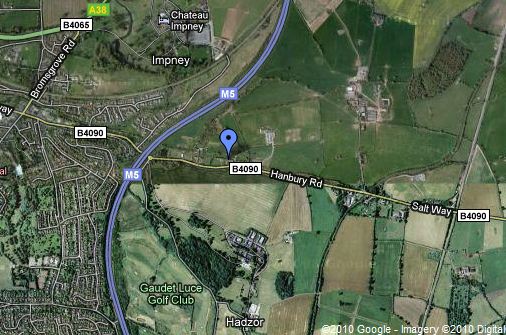