Category Archives for "blog from a boatyard"
0

A Facelift For The Heart Of Calcutt Boats Marinas 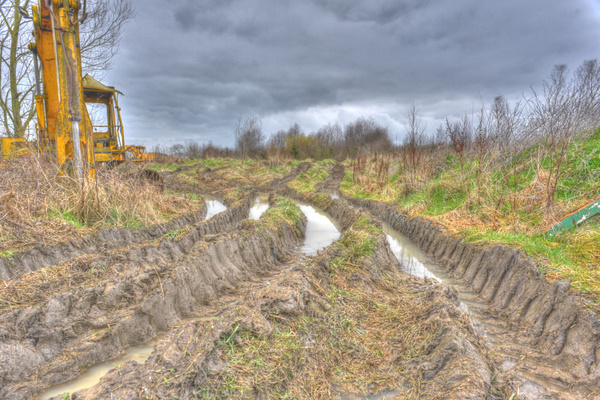 The site around Calcutt Boats Locks and Meadows marinas is beautiful. Over twenty acres of well maintained landscaping, some of the richest wild flower meadows in Warwickshire and over 8,000 trees in two woodland areas. Unfortunately, there’s one small part of it that, to my mind, spoils the site. The tip. At the moment the tip houses everything that doesn’t have a home anywhere else. There are a hundred or more old engines, an old portable building (ex staff tea hut), two storage containers, four old earth movers each weighing in excess of twenty tons (They were used in the construction of the first marina and left on site by the contractor), three or four heavy trailer beds and too many other bits and pieces to list. It’s a real mess… and it’s at the heart of the site.

Too make matters worse, we’ve just had our wharf partially dredged by the very helpful British Waterways sub contractors who are repairing Calcutt Top Lock. We’ve allocated them some temporary storage so as a return favour they’ve used their JCB and a large dumper to scoop out as much as the silt next to the wharf as possible. They did a tremendous job removing four hundred tons of silt that was clogging up the ends of the wharf.

Unfortunately we had to find somewhere to put the silt. Of course the only place to put it that wouldn’t ruin the existing landscaping was in the tip area. There was a lot of rain last week so the ground was soft. The dumper weighs five tons empty and nine tons with a full load of silt. The net result was one hundred return journeys from the wharf down to the the back of the tip with a nine ton load. The picture above shows the mess the dumper made (and also two of the resident redundant earth movers). It’s not pretty.

But it’s changing. And changing soon.

In March the tip area is going to be completely remodelled. The heavy earch movers are being removed, thirty five leylandii will be planted in front of the containers to provide a natural screen, the drive into the top landscaped and strengthened and generally tidied up. The inside of the tip will be levelled and the hundreds of tons of excess earth will be used to build a screening bank to the back and side of the tip area. Leylandii will screen the front.

Once the earth bank is finished and the leylandii are established no part of the tip will be visible from the road. It’s the final piece of the jigsaw. The beautifully landscaped grounds will be a joy from every angle.

The First Flowers Are Out At Calcutt Marina 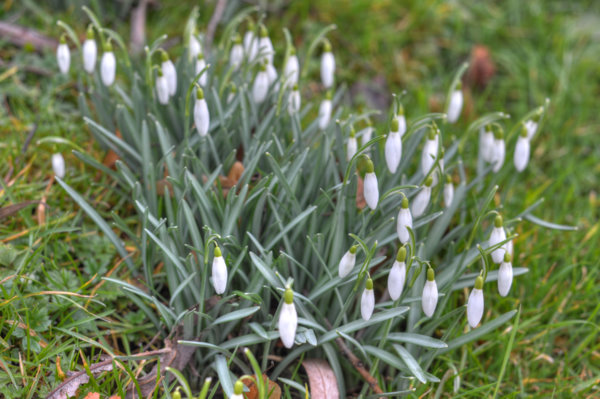 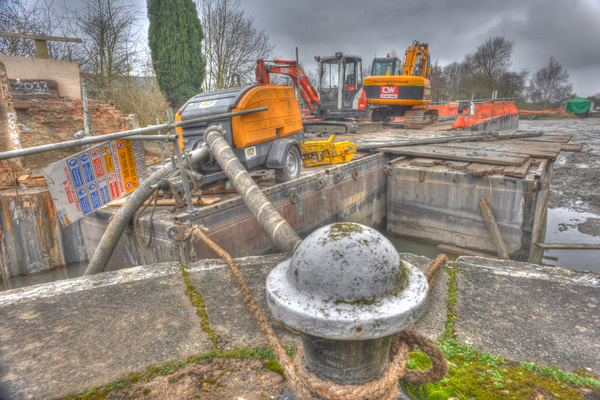 Looking back from Calcutt Top Lock across the drained wharf

They’re still at it. The British END_OF_DOCUMENT_TOKEN_TO_BE_REPLACED Continue reading

Why I Thank My Lucky Stars Every Night 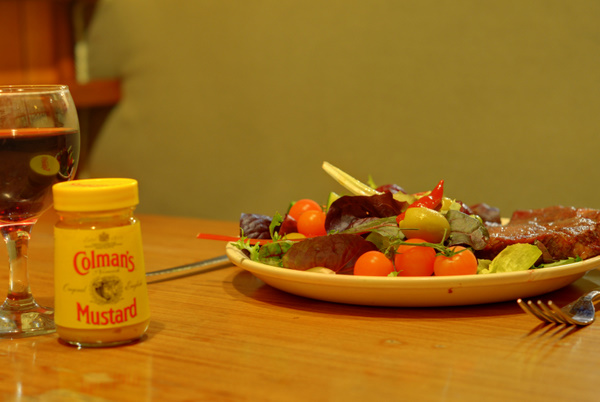 Before I knew anything about boating in general and narrowboats in particular I thought that people who lived on boats were unfortunate, unlucky and should be pitied. When my eldest son first started playing football for the local team, there was a boy playing alongside him who lived on a narrowboat with his parents. I can remember thinking what pleasant and well adjusted people his Mum and Dad were before I knew that they lived on a boat. After they told me, I thought that they lived on a boat because they had to; that they couldn’t afford anything better and that they were struggling financially. I was wrong.

There home was a lifestyle choice. I was fortunate enough to be invited to their boat for a drink. I was amazed. It was a beautiful and well appointed home. Dave had an internet business that was doing very well. Since his son’s birth, he had been cruising the canal network with his wife and new baby. They had all the luxuries of modern day living. They had television and top of the range music system, an internet connection for their work computer, a full size washer dryer and produced enough electricity to power all of their devices wherever they cruised or moored. But most of all, they had a quality lifestyle that I could only dream of.

Now I live on a narrowboat. I don’t earn much working at the marina, but I don’t really need to. I used to live in a fairly large house, have a new car at least every three years, go abroad twice a year and spend what little free time I had on fancy nights out in Birmingham and London. I don’t have any of that now and I don’t miss it at all. I don’t feel the need to spend money to compensate for working too hard earning the money to fund a lifestyle that I don’t really want.

I live in a small space but it is more than I need. I have a roof over my head and I’m warm (most of the time). I’m two steps away from the beautiful countryside that I enjoy so much.I’m so close to it that I can hear it all as I lay in bed at night. And because I don’t feel the need to spend money on cars and holidays and toys that I can’t fit in the boat, I can spend a little extra on the food and wine that make every evening a pleasure. I’m going to have a glass or two of that wine now, enjoy the tranquillity and thank my lucky stars that I’m living on a narrowboat

My Own Little Marina Peninsula 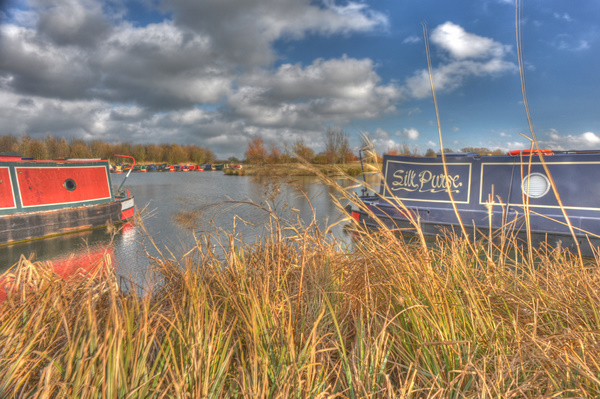 The worst of the winter weather is behind END_OF_DOCUMENT_TOKEN_TO_BE_REPLACED Continue reading

A View From The Engineroom Of Narrowboat James 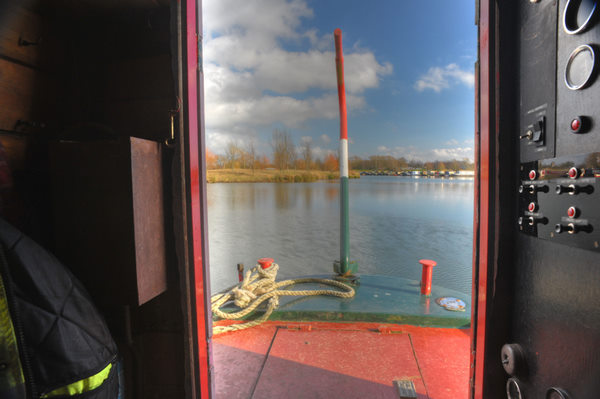 My boat is moored on the west side of Calcutt Boats’ Meadows marina. It’s a stunning location. To the west – in front of the boat – are open fields and the entrance to the larger of our two woodland areas. To the south is the view from my galley windows; a grassed peninsula between my boat and the neighbouring group of moorings. To the north is my neighbour, narrowboat Nell. She’s almost new and puts my boat to shame. To the east behind the boat is the ever so pretty and spacious Meadows Marina. That’s the view you can see in the photograph. The grassy area is the one acre island in the centre of the marina. The grass us kept short all year round to encourage our birds. One hundred trees were planted on the island when the marina was built in 2006. Ninety nine have survived and flourished. In a few years time they’ll provide and beautiful and colourful canopy. Behind the boats to the right of the island is our 110 berth Locks Marina, the entrance to the Grand Union canal and our slipway.

It’s such a peaceful place to live. Actually, it’s a peaceful place to live most of the time. At the moment it’s a bit noisy. Not from the British Waterways contractors driving piles into the wharf, but from our resident birds. They’re getting a bit frisky. The mallards are chasing each other round and round the boats, the Canada geese are honking for England and the swans are flying none stop between our marinas and Napton reservoir. It’s hectic, but I love it.