Most boats have a television on board, but how many of them are licensed and do you really need a license to watch boat TV? Here’s a guide to legal television watching on your boat.

Personally, I don’t watch very much television. In fact, I don’t watch any television as far as the licensing authority is concerned. I use a mobile broadband dongle from 3 which allows me, most of the time, to get my televisual fix by streaming from BBC iPlayer or the other stations’ equivalent.

I do actually have a television. I’ve had an all singing, all dancing flat screen telly for over six months but there’s no ariel attached to it so it won’t actually pick up any programmes at all. It is capable of receiving live broadcasts though, as is my laptop, so – in theory – I either need to buy a license or let the licensing authority know that I don’t need a television license. I know I don’t need a license. They say on their web site that… 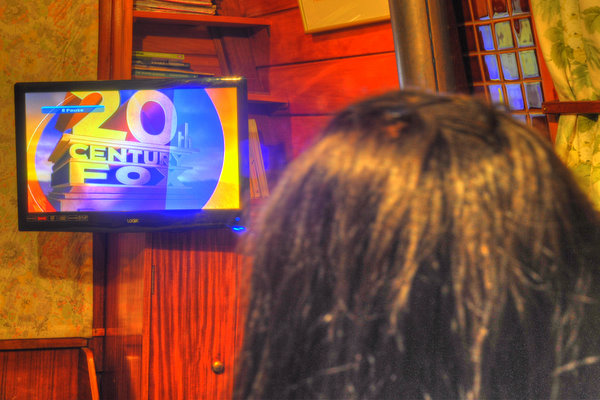 As I mentioned earlier, if I want to watch a programme or two, I stream previously broadcast programmes from the internet. But I could watch live television and, in theory, expect a visit from the licensing authority for viewing live television from an unlicensed address. And there’s the problem. Most liveaboard narrowboaters don’t have a fixed address for them to check. They’re moored along the cut near a bridge or are continually cruising. I haven’t heard of a single narrowboat owner having to face the wrath of the BBC but that’s not to say it won’t happen and won’t happen to you if your boat is unlicensed.

You may not need a licence for your boat though if…

There you go. If you watch television on your boat you probably need a license. Enjoy your viewing but don’t forget, half of the pleasure of being on a narrowboat is to get away from “normal” life and lead an life closer to nature instead. Turn the telly off and go for a walk instead!

Hi, I moved to ‘liveaboard’ recently and contacted the licensing authority regarding my TV license. They said there is no facility to register the license address as a care-of one. When I threatened to cancel my direct debit, they soon ‘allowed’ me to register my license with my boat name and a care-of address. The license, of course, is paperless.

That was well timed, were thinking of living aboard and were just wondering about TV licence-thank you

we live aboard and have a tv. when i rang up the liecencing people and explained, go to live on boat in a marina that wont take in our mail, so tv liecence is addressed to aunties house who takes in the mail for us,and liecence is in the name of the boat. no problem with that from the liecenceing people

Someone bought a new TV at a marina we lived on – before we knew it we started getting stroppy letters from the TV Licencing people. We were due to move south anyway so didn’t do anything but learned that after we had left they turned up looking for us. Our old neighbour hid his TV in the shed for a few months for fear they’d come calling again! So in my experience, they can chase boaters…

Watching BBC iPlayer may soon be illegal if you do not possess a TV licence if proposals under consideration by the government become law.
As it stands, any UK resident viewing a live broadcast – be that on their TV, games console or mobile phone – must pay the annual licence fee of £145.50.
But it is not necessary to pay the UK’s enforced annual BBC subscription if you just watch catch-up TV.
Research has found that only 0.2 per cent of households use iPlayer and other catch-up services as their ONLY source of telly content.
However, with heaps of internet-enabled set-top boxes flooding the market over the coming year, I reckon many more people will start watching telly through catch-up services rather than as live broadcasts.
That is prompting the Department for Culture, Media and Sport to consider changing the law, The Guardian claims.
“Government is aware of developing technologies and the changing viewing habits of those who watch television programmes,” the ministry told the paper. “How the BBC is funded as these issues evolve is a matter the department will need to address in the near future.”

It’s a mistake to contact the bbc about a licence, they’ll hound you into your grave. Paying them is an even bigger mistake, it only encourages them.
Basically unless you have a contract signed by both parties then you owe no one nothing.