We’ve had our sons over with us last week and this week so not much free time, but having done the Anderton Lift on the Trent and Mersey Canal / River Weaver, I thought this would be worthy of a quick standalone blog.

It was built in 1875, was closed in 1983 due to structural problems and then restored at a cost of £7m and reopened in 2002. The lift links the canal and the river by the 50′ difference between the two. 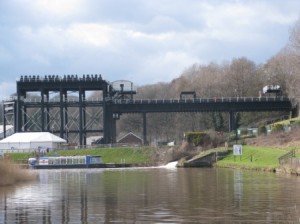 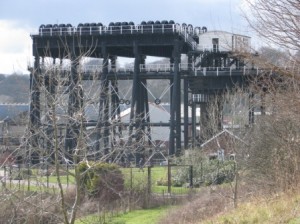 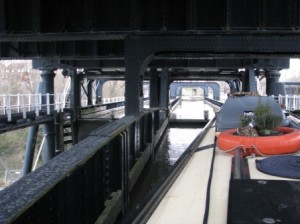 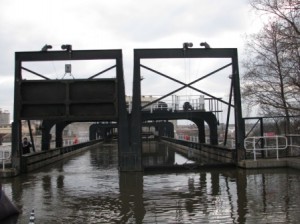 There are two tanks and they operate with one travelling up whilst the other is travelling down and meet halfway during the process. These pictures shows the ram under the tank next to us and then another boat going in the opposite direction and then again at the end of their journey. 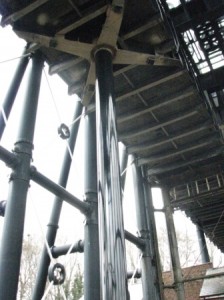 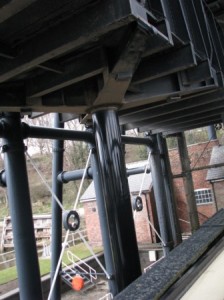 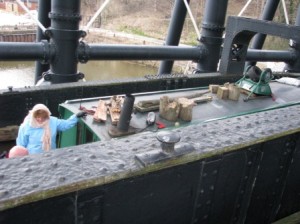 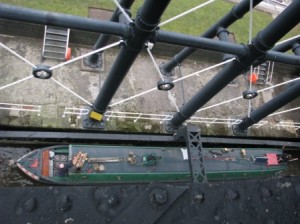 Each tank weighs 252 tonne with water, plus of course good old Badger Sett on the day and obviously not forgetting Nicky’s contribution. I am of course honour bound not to disclose her weight, nor her age come to that as she had ANOTHER birthday last week. There are just some private things that are best kept to ones self though, but carry on reading my blogs and I’ll tell you in three years time when she’s fifty. (Doh! given it away for the mathematically advanced of you). Got a cake for her, well she actually made me an apple pie, but couldn’t do the candles due to our insurance policies stipulations about large quantities of naked flames not being allowed onboard.

The guy who was working the lift on the day gave us a bit of talk about the lift and two bits in particular stuck. The first being that a 100+ years ago the lift took three minutes to do a lift whereas today it takes eight minutes. The reason, good old Health & Safety.

The second interesting snippet was that the gear wheels (part of the old structure and not actually used in the operation now) have got chevron shaped teeth that better dealt with the loads the gears had to move. They were designed by a French chap called Andre Citroen, later to become of Citroen car fame and the best bit, he used the chevron design of the gears for his car logo. See the similarity. 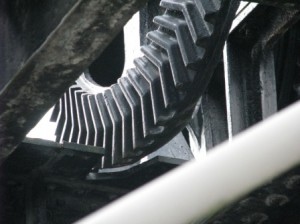 Anyway, enough chat, just a few other pictures now of the adventure. Got to be done if you get the chance. 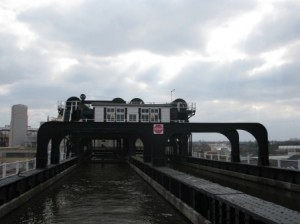 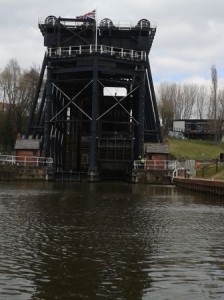 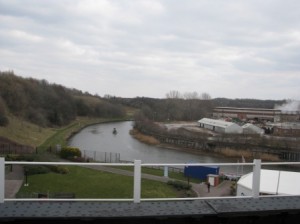 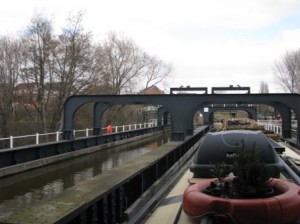 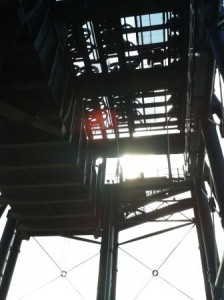 (You can view my earlier posts at narrowboatboysontour.blogspot )