blog from a boatyard

Let’s Talk About You

Tell what you can do for your visitor and how your service can help.

What a difference a day makes. The English summer has reverted to normal; a leaden sky and a bit of a nip in the air.

As usual, I was up at the crack of dawn but unlike the previous three days, the boat was cold enough to warrant lighting the fire. Oh, for the convenience of central heating! The stove takes a good hour before it’s producing a meaningful amount of heat. By then it’s often warm enough in the boat anyway if the sun is shining. Today was cool enough to justify keeping it going until late morning.

For the first four miles, the narrow canal winds through pleasant fields and woodlands. The shallow water makes mooring difficult but there are enough sections where the banks have been piled to allow the few boats on the canal tranquil and quite private resting spots.

The peace and quiet was shattered when we came to the busy A5 at Lime Kilns followed very shortly afterwards by Hinckley. I didn’t like Hinckley.

We pulled over, eventually, on the towpath just past Trinity marina. I couldn’t get close to the bank on the first couple of attempts because of the shallow water. Third time lucky, even if my backside was sticking out a little (I must cut down on the cakes.)

We stopped near Trinity marina so that we could have lunch at the Brewers Fayre. That’s two successive days we’ve eaten out now. It’s so much cheaper to eat on the boat, but so much more convenient to eat out. We decided to make our lunch the only meal of the day and had an acceptable mixed grill each, served by a very pleasant waitress with the loudest voice in the world. The restaurant was filled with mainly retired diners. The muted conversation was punctuated by our friendly food carrying foghorn.

We needed to stock up on a few provisions. I asked Miss Foghorn where the nearest supermarket was. “There’s a Tesco just around the corner. It’s about a five minute walk away. Take a left, then a right. You’ll see it just after Lidl.”

I’m now convinced that she was only vaguely acquainted with the concept of walking. Tesco was just around the corner from the Brewers Fayre in the same way that Penzance is just around the corner from London. After a quarter of an hour’s walk there was still not sign of either Lidl or Tesco, but we did see a Londis store. Unfortunately we needed salad and their display of a single soft tomato and two wilted spring onions didn’t inspire us so we pressed on.

After half an hour’s walk we came to Lidl. I haven’t shopped before at Lidl. I won’t be trying it again unless I develop a fondness for bumper packs of sweets I’ve never heard of before, or for people who twitch a lot and carry their teeth in a handbag.

From Lidl we could just about see the Tesco store in the far distance. It was at least another fifteen minute’s walk away. We gave up.

After an hour and a four mile round trip, we were back on the boat and heading north again. We needed to reach Sutton Cheyney wharf as it has the only Elsan point on the Ashby canal. Our Porta Potti cassette only had enough space left in it for one half hearted wee.

As we passed the Ashby Boat Co I asked if they had an Elsan point. They did and they were more than happy for me to use it. With the toilet emergency overcome, there was no rush to get to Sutton Cheyney. We stopped just a couple of hundred metres further on just after the entrance to Ashby Canal Centre at bridge 26. 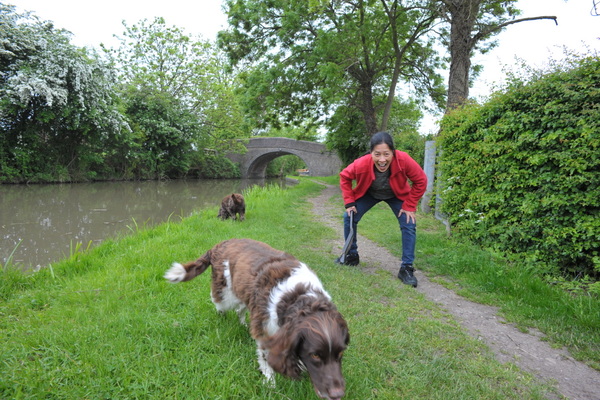 That’s where we are now. It’s 8.30 Thursday morning. The sun has yet to make an appearance and the stove is on again. We watched the weather forecast on television while we had breakfast. Weather forecasters everywhere were standing in their T shirts under cloudless skies. I’m hoping that we will join them shortly.

While I’m updating the blog, Sally’s washing some clothes. We don’t have a washing machine fitted yet, or any means of powering it away from a shore line. Sally has been hinting more and more strongly recently that we need to be self sufficient in the clothes washing department. I’ve looked for a laundrette nearly but the only one accessible from the Ashby appears to be back at Trinity marina. Neither of us want to go back there.

For this trip, Sally is going to have to carry on washing clothes by hand. When we get back we’re going to have to bite the bullet and get a washing machine fitted. Sally isn’t happy with the machines at the marina. They’re token operated. Each token cost £1 and lasts 45 minutes. Some users limit their washing machine expenditure to just a couple of tokens rather than using enough tokens to complete the cycle. Consequently Sally is often faced with an empty washing machine half filled with dirty water. We have to use our own tokens to finish off the cycle before Sally can start her wash. She, understandably, isn’t too happy when she goes back to the washing machine sometimes to find that another user has taken the washing, including her underwear, out of the machine if the cycle has finished and left it in a pile on the work top for all to see.

Having a washing machine on board will be a far more convenient way of washing our clothes than either hand washing or relying on laundrettes. There’s a convenient spot to fit the machine under my office “desk”. Getting it working will involve running clean water to it, and grey water away from it. There’s a 230v socket nearby so access to the ring main won’t be a problem. Getting enough power to the socket for the washing machine will be a problem.

There are some adequate generators available for not a lot of money but they’re often large, noisy and very heavy. Popular opinion has it (confirmed by a review in Waterways World) that the Honda suitcase generator is the best you can buy.  We’re considering this 2KW version.

In fact, I think there’s very little doubt we’ll be buying a generator and installing the washing machine as soon as we get back. As I’ve been writing Sally has been constantly scrubbing dirty clothes in the shower tray. She’s supposed to be relaxing on holiday. It’s not fair. 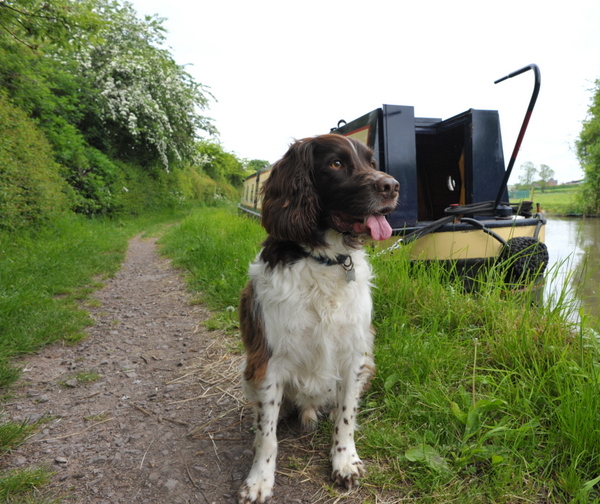 Join the forum discussion on this post
Previous
Next