Oh dear! We’re not making very much progress. We managed a rather underwhelming two miles yesterday, but we had a great time. 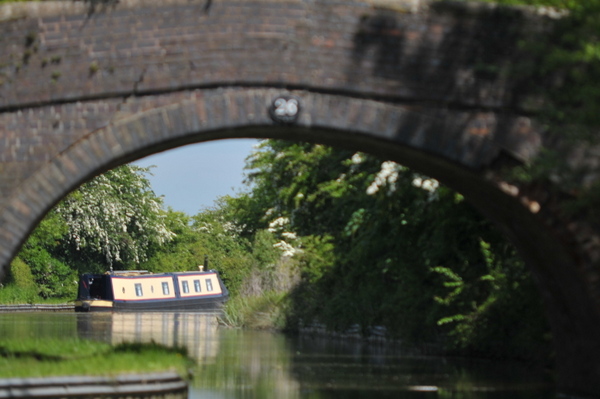 Our (loose) plan for the day was to get somewhere near Market Bosworth so that we could restock with food. Before we left Stoke Golding we visited the farm shop about 200m from bridge 25. We bought a couple of steaks, a loaf of fresh baked bread, a few slices of local ham and a tub of Gospall Farmhouse raspberry pavlova ice cream.

Our fridge’s tiny freezer compartment door is broken so we couldn’t keep the ice cream for long. For lunch we had the ham, smeared with English mustard between thick slices of crusty fresh bread and a bowl of ice cream each. Marvellous. With the steaks in reserve for the evening there was no rush to get to Market Bosworth but we needed to get to Sutton Cheyney Wharf for the water point.

Before we left we needed to remove some water from the engine room. The bilge pump has stopped working. It’s badly positioned anyway. Water tends to pool towards the front of the engine rather than were the pump is at the back of the engine. For now, we have to make do with using a litre measuring jug to scoop the water into a bucket.

We removed eight bucketfuls of water. I don’t know where it’s coming from but it’s not filling the engine bay at too worrying a rate. The water we removed has been building up over the last five days. Repositioning the bilge pump is another job for when we get back.

Sutton Cheyney Wharf is certainly worth a visit. There are two water points just past the cafe, rubbish disposal, an Elsan point and, for those of us with cassette toilets and a tendency to use public conveniences as much as possible, a very clean and pleasant toilet block attached to the cafe. There are also some very pleasant 48 hour moorings next to the wharf backing onto Bosworth Battlefield country park.

We moved James from the water point to the 48 hour moorings and took the dogs for a very pleasant walk through Ambion wood to the Bosworth Battlefield Centre, back through the woods on a different path to bridge 34A and then along the towpath back to Sutton Cheyney Wharf and the boat. It’s a beautiful walk through ancient woodland and an important historic site.

There are plaques along the footpath telling visitors about the battle which took place over 500 years ago. There’s an open view next to one of the plaques which describes the movement of the armies during the battle. I tried to imagine thousands of frightened men hacking each other to death, the animal roars and the screams of the dying. I tried to picture open farmland strewn with over 1,000 maimed and bleeding bodies.

I’m afraid the task was beyond me. All I could see was stunning and tranquil English countryside on a perfect summer’s day. 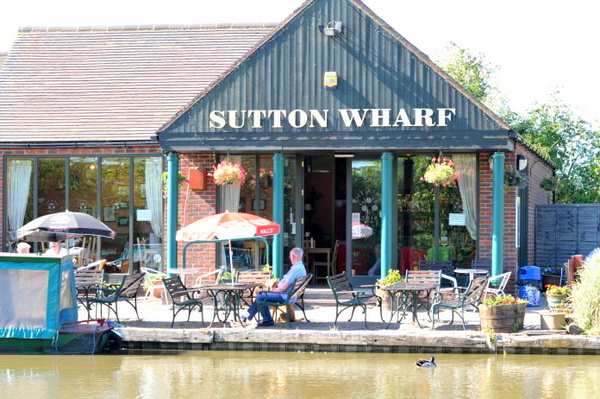 I finished off the perfect summer’s day with a bottle of Ruddles County and a steak enjoyed al fresco next to the tranquil canal.

Seems you are determined to have me drooling over my keyboard again.

Sounds like your having a nice time, be sure to torture me some more with the next installment

You probably won’t want to know that we’ve just come back from a canal side lunch at the Sutton Wharf cafe where we relaxed in the sunshine as we watched the world go by.

Why, dare I ask, are you chained to a stove. Have you done something to anger the management?

You probably won’t want to know that we’ve just come back from a canal side lunch at the Sutton Wharf cafe where we relaxed in the sunshine as we watched the world go by.

Why, dare I ask, are you chained to a stove. Have you done something to anger the management?

your quite correct I would not want to know…. but please please tell me more its the only thing keeping me sane

have fun you two

The Ashby is lovely, We have always had a good time at the Globe, Hope to see you on your way back!