Welcome to Living On A Narrowboat. I hope you find it useful regardless of whether you are a seasoned narrowboat owner or are just taking the first tentative steps towards a life on the cut.

My name is Paul Smith. After fifteen years of managing pubs for a national chain, followed by a further decade and a half of running my own businesses, in April 2010, I finally started doing something I enjoyed. I swapped a pen for a pruning saw and my car for a ride-on lawnmower. I looked after the beautiful grounds surrounding Calcutt Boats two narrowboat marinas on the Grand Union canal deep in the heart of rural Warwickshire. I lived there too.

Calcutt Boats’ Meadows marina is stunning. There are footpaths through a seven-acre woodland for nature lovers and dog walkers mooring on the two marinas. The marina island is less than a hundred metres behind my old mooring and the largest of the two woodlands a 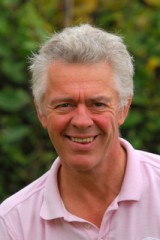 reas just a hop, skip and a jump away to the front. I woke up to the sound of mallards quietly quacking (and sometimes tapping on my hull for food), Canada geese honking and swans foraging for breakfast in the reed beds.

Much as I enjoyed living and working at one of the most beautiful marinas in the country, I liked exploring the canal network even more. I April 2015 I resigned from the only job I’ve ever truly enjoyed, untied two ropes, reversed off my mooring and set off for a lifetime of exploration on over 2,000 miles of connected canals and rivers in England and Wales.

I had a blast that year, but cruised too quickly and covered too many miles to truly enjoy the relaxed pace of life to which so many aspire. I stood on my tiny back deck for a thousand hours, covered two thousand miles at an underwhelming 2mph and passed through nine hundred and fifty locks. I did most of my cruising single-handed, even after I met my crazy American wife.

She joined me for a Discovery Day in September 2015. That single day morphed into ten, she flew back to the States for six weeks and then returned with a pile of suitcases and two lugubrious bassets. She’d spent a lifetime exploring the world. Cynthia persuaded me to do the same. She sold her house, and I sold my beloved narrowboat, we bought a 2003 Hymer motorhome, loaded all our possessions on board and left England for an extended tour in Europe.

We’d both had enough by December 2018. We’d driven thirty thousand miles through eleven European countries, bought and sold one Dutch boat, purchased another, and cruised 1,500 miles on the vast Dutch waterways network. We were exhausted and fed up with the bureaucracy created by an Englishman and an American living a nomadic lifestyle in mainland Europe. Cynthia’s failing health didn’t help.

We returned to England, fell in love with and bought a 1996 Steve Hudson narrowboat with a cosy boatman’s cabin and mesmerising 1936 Lister JP2M. In February 2019, during the coldest two weeks of the winter, we cruised south from Chester back to Calcutt Boats. We battled ice and snow, lock closures and low water levels.

Safely back at the marina, I continued my work on Calcutt Boats beautiful grounds, and Cynthia continued her fight against deteriorating health. She returned to the States in April 2019, searching for a solution to her worsening fatigue and general fragility. Too little, too late.

Cynthia died on Good Friday, rushed into an Emergency Room which couldn’t save her. She’s gone from my life, but will never be forgotten. She taught me to embrace life, to live for the day. Life is a journey rather than a destination. Cynthia lived her life to the full. I aspire to do the same and to stop often to smell the roses. I am alone now, but not lonely. I have the waterways and the sometimes odd but usually kind-hearted people who live on it to keep me company.

My lifestyle suits me perfectly. I wouldn’t change it for all the money in the world, but it’s not a way of life which suits everyone. This site is a comprehensive resource to help you determine whether it’s right for you.

When I created the site, my main focus was the compilation of all of the narrowboat friendly marinas in the UK, their facilities – or lack of them – and objective reviews to help you choose where to moor your narrowboat. I quickly realised that site visitors were more interested in life on a narrowboat rather than somewhere to moor them. And if they were interested in a mooring, more often than not, it was mooring at a scenic location on the side of the canal or a riverbank than in a marina. With that in mind, I’ve compiled a comprehensive list of marinas for those who are interested, but I’ve also added hundreds of pages of articles about narrowboats and the ins and outs of life on board.

In July 2012, I added a forum. I wasn’t sure that narrowboat enthusiasts would use another forum regularly, but one or two site subscribers were keen on the idea, so I added it to the site. It’s proven quite popular and over the first six months generated just under 1,000 posts. If you have a question about living on a narrowboat and you can’t find the answer anywhere else on the site, ask your question on the forum. There are plenty of liveaboard boaters using the site regularly who are only too happy to share their knowledge with you. 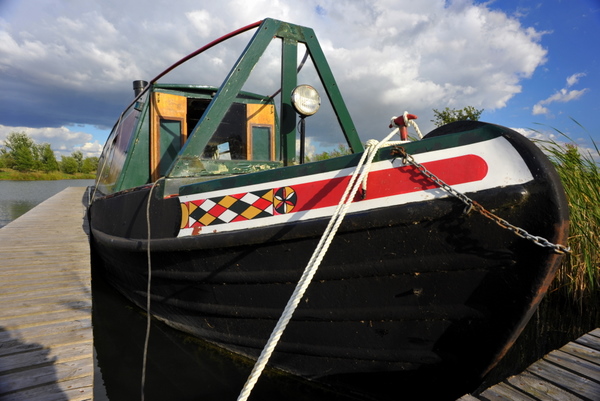 My own boat James before extensive refurbishment and painting

I also added two guides to the site in 2012; Living on a Narrowboat: The REAL Cost of a Life Afloat and Living on a Narrowboat:21 Live Aboard Case Studies. The former guides you through all of the costs you’re likely to face when buying and maintaining a narrowboat, the latter is an analysis of twenty-one liveaboard boaters, their likes and dislikes and what they consider to be the best configuration for a liveaboard narrowboat.

In January 2013 I added a browser-based narrowboat budget calculator to the site. Narrowbudget guides you through the buying process, highlighting areas of expenditure that you may not have considered. The application then leads you through all areas of onboard spending and also includes expense that you will need to consider if you are thinking about life afloat. Narrowbudget offers you the most comprehensive resource for calculating a water-based lifestyle that you are likely to find either on or off the internet.

The guides and the budget calculator are now bundled together in my Narrowbudget Gold package. Users tell me that it’s the most comprehensive guide to the lifestyle and the costs involved. You can read all about it here.

In June 2014, I added a popular service for those interested in taking their research to the next level. It’s a combined discovery and helmsmanship training day. Guests join me for ten hours on board my own 62′ long twenty-tonne narrowboat superbly equipped for living permanently off-grid. Guests take the helm for a seven-hour, twelve miles, six lock cruise. While they learn the intricacies of handling a flat bottomed boat on narrow canals, we discuss all aspects of living afloat from differing layout, designs and equipment to the logistics of living a life on the water and canal etiquette. You can find out more about my discovery day service here.

As you can see, there’s a wealth of information on the site if you’re considering buying a narrowboat. I hope you enjoy the site. Let me know if you feel that something is missing, and let me know if the site has helped you to decide whether living on a narrowboat is right for you.